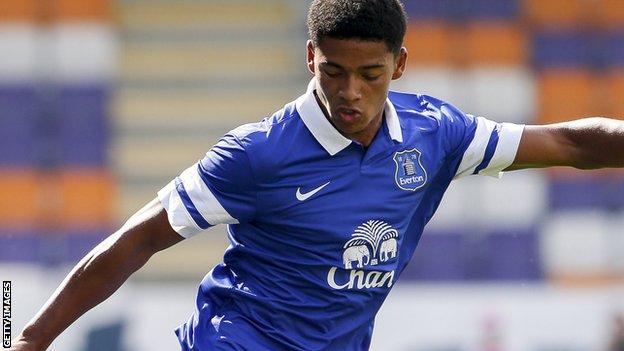 Championship side Wigan have completed the signing of Everton defender Tyias Browning on a month-long loan deal.

The 19-year-old becomes Uwe Rosler's first signing as Latics manager, but the player is yet to make a senior appearance for the Toffees.

"It's great to get my first loan experience at a young age," Browning told the club's website.

Highly rated Browning has represented England at Under-17 level and made his debut for the Under-19s against Turkey in March 2013.

He added: "Primarily, I play as a centre-half and I can play at full-back as well, but wherever the manager wants me to go in I will do."