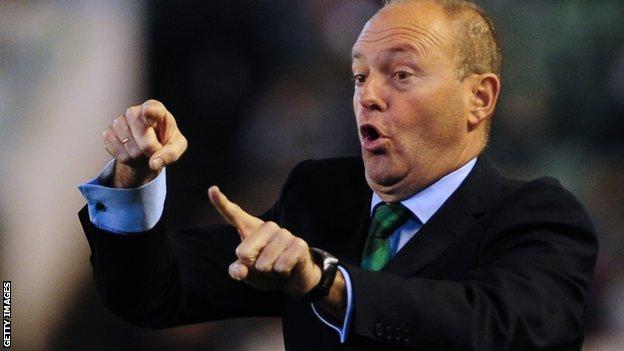 Assistant head coach Downing has been in charge since Steve Clarke was sacked in December, with former Real Betis coach Mel, 50, due to arrive next week.

"It's been unsettling, particularly in the last week with a lot of rumours flying around," said Downing.

"I'm pleased it's settled and someone is in place on an 18-month contract, which brings the stability needed."

Downing has led the Baggies to three draws and a win from his four Premier League games in charge, leaving the club four points above the relegation zone in 14th place.

His final game in charge will be Saturday's trip to Southampton.

"The players try to get on with things and I wasn't sure if I was focusing on the Southampton game or whether the appointment was going to be made earlier," said Downing.

"I'm aware he is going to be at the game against Southampton and then we'll crack on next week.

"I've heard good things about the job he did at Real Betis, when he got them up into La Liga and stabilised them. The Spanish press like him. It's a name I wasn't aware of until a few weeks ago but he plays exciting, attacking football."