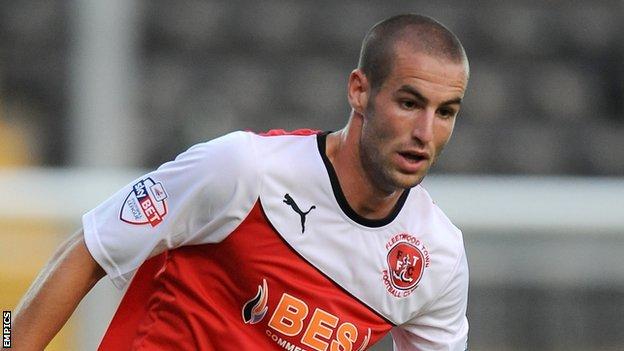 Platt, 36, has been restricted to 12 games this season through injury.

McGinty, 20, arrived at Bramall Lane in July from Manchester United and has featured three times since.

Blair, 23, has three goals from 20 games for the Cod Army after joining from York in the summer.

"He can play in various positions; left or right or through the middle. I see him as a wideman."

Platt, who has left by mutual consent, arrived at Sixfields from Coventry in May 2012 and has gone on to feature 52 times, scoring eight goals.

But the former Coventry and Rochdale forward has struggled with a combined back and calf injury since last season's play-off final defeat by Bradford.

"It's been frustrating," he told BBC Radio Northampton.

"I enjoy playing football and I've enjoyed playing for Northampton. At the Accrington game [in November], I felt good and that the injury was behind me.

"If there is a hangover from last season's play-off final, for me, then it's on the injury front."