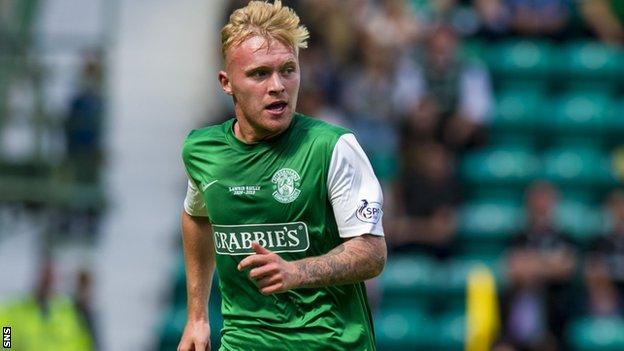 Right-back Fraser Mullen has joined Raith Rovers until the end of the season after terminating his contract at Hibernian.

The 20-year-old signed a one-year deal at Easter Road in June, having left Edinburgh rivals Hearts.

He played in four matches early in the season but has not featured since being withdrawn in the first half against Dundee United on 17 August.

Caldwell, also 20, has made seven appearances as a substitute this season, without scoring, having found the net twice last term.