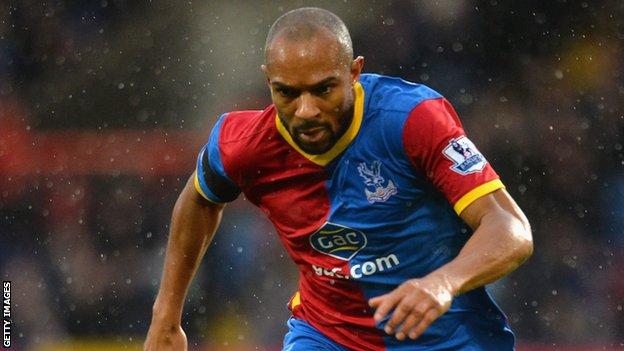 The Eagles have four clean sheets from nine in all competitions since Pulis took charge in November but remain in the Premier League relegation zone.

"In this league, especially with the lower teams, you need everybody to put a shift in, to know what they are doing and to be organised," Gabbidon said.

"That is what the gaffer has instilled in all of us since he has come in."

Palace had won just one of their opening eight Premier League fixtures when they parted company with former boss Ian Holloway in October.

After one win in four matches under caretaker manager Keith Millen, the Selhurst Park club have won three league games under Pulis to move to within one point of safety.

Wales international Gabbidon says the 55-year-old former Stoke boss - who named Dave Kemp as his new technical coach on Friday - has got the whole side working as a defensive unit.

The former Cardiff and West Ham centre-back believes that his philosophy has also helped the team create more attacking openings.

"I think he does not love just the back four, but the whole team defending together," the 34-year-old told BBC London 94.9.

"Maybe earlier in the season that was something we were not really getting right. He definitely does pride himself on the back four and I think he sees that as the starting point for everything.

"If we are solid and strong then it gives us a platform for the other players to do their stuff at the other end of the pitch.

"It has been good and we have done a lot of work on the defensive side of things and I think it is showing in our performances.

"We are looking a lot more organised and a lot harder to beat. Alongside that we are creating chances at the other end which we weren't maybe doing enough of either.

"You can look at it and say he is a defensive kind of coach but we also seem to be creating more chances now with how we are playing as well. It is working well."