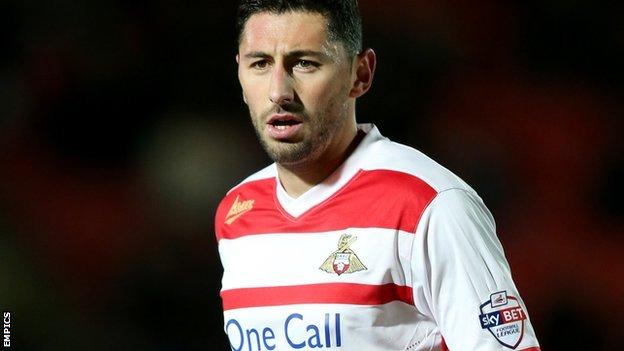 Sheffield United have signed Doncaster striker Billy Paynter on loan until the end of the season.

The 29-year-old has featured 12 times for Rovers this season, with his only goal coming in the 3-1 defeat by Leeds in the Capital One Cup.

He joined Doncaster from the Elland Road side in July 2012 and helped the club to promotion to the Championship last season.

Paynter could make his Blades debut in Saturday's trip to Notts County.