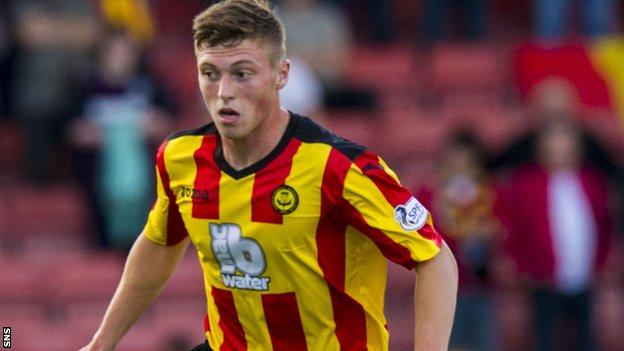 The 19-year-old joined on loan from Bolton in the summer, only for injury and a lengthy suspension to keep him on the sidelines.

Fraser's loan agreement expired on 4 January but Bolton have opted to release the player they recruited on a two-year deal from Hamilton in July.

Thistle are awaiting clearance ahead of Saturday's game against Ross County.

Fraser has made four appearances for the Scottish Premiership side but has not featured since August.

He was sent off while playing for Thistle's reserves against Dunfermline on 22 October, earning an automatic two-game ban.

And he was given a further seven-game suspension after being found guilty of seizing opponent Chris Kane, "causing him to fall to the ground and kicking him repeatedly on the head and body".