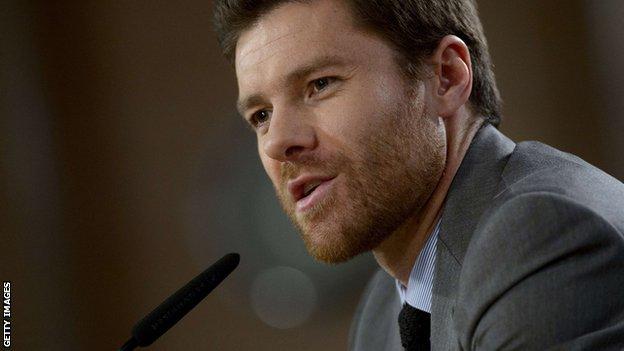 Real Madrid midfielder Xabi Alonso has denied being approached about a potential move to Chelsea before he agreed a new contract at the Bernabeu.

His previous contract expired in the summer and, as well as a reunion with ex-Real boss Jose Mourinho at Chelsea, he had also been linked with a switch back to former club Liverpool.

"There were no offers, I decided to stay and that's it," said Alonso.

"I have a good relationship with Mourinho but he never said anything about going to Chelsea."

Alonso, who played for Liverpool between 2004 and 2009, missed a number of games at the start of the season with groin and foot injuries, but has started each of Real's last seven La Liga games.

"I want to keep playing at the level of Real Madrid," he added. "I am happy here and [Real coach Carlo] Ancelotti is one of those who has pushed most for me to stay.

"His public support for me was also important in my decision to stay."