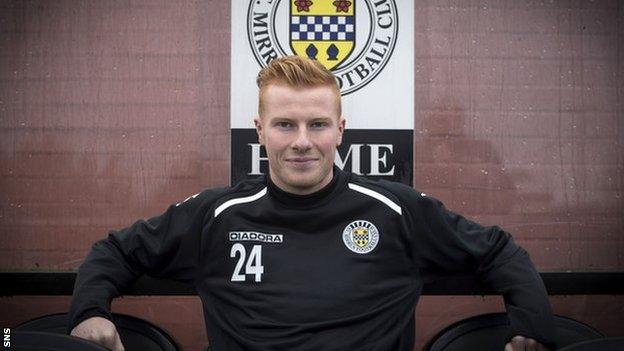 Conor Newton will return to Newcastle United hoping to prove that he has honed his game sufficiently with St Mirren to win a new Magpies contract.

The midfielder has had his until the end of the season.

But he will spend next week training with his parent club as the coaches there seek to evaluate his progress.

And he is hoping to emulate his friend and team-mate Paul Dummett, who

"Paul has drawn up the blueprint for how it is done," he said. "If I could take a leaf out of his book, I think everyone would be happy.

"But it's a tough one. He's gone down there, made his debut in the derby, scored against Liverpool and landed a new six-year deal.

"You can't expect to do exactly the same, but I'll try my best."

Left-back Dummett spent the whole of last season in Paisley and the Welshman went on to make his Newcastle debut this term before winning an extended deal.

Newton followed him to St Mirren Park last January and has become a mainstay of Danny Lennon's side this term.

"The decision to stay here for the rest of the season made itself," added the 22-year-old.

"I've been here for a year and really enjoyed it, so it was a no-brainer."

Newton has made 22 appearances this season, scoring three times, having turned out 18 times for St Mirren last season.