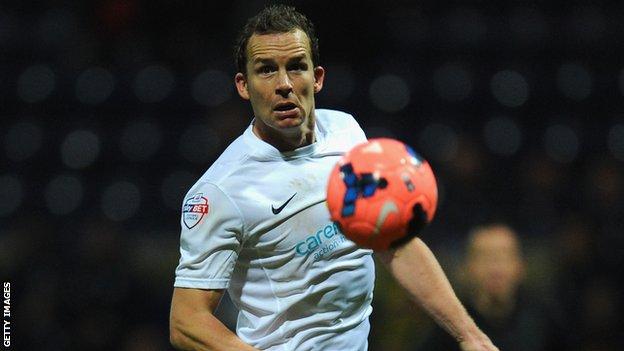 Veteran striker Kevin Davies scored and was sent off as Preston were held by battling Coventry at Deepdale.

Preston dominated the first half and only a fine Joe Murphy tip over denied Joe Garner from giving them the lead.

He was then shown a straight red card for a high tackle on Cyrus Christie before Franck Moussa's stunning 35-yard volley in stoppage time grabbed Coventry a point.

"I don't think we played particularly well for the first hour of the game, but for the last half hour we were the dominant team and always looked capable of scoring a goal: and what a remarkable goal that was.

"I said to Franck in the dressing room that throughout his career he'll struggle to score a better goal than he did today.

"I'm so pleased for the group because it's been a mark of us this season: the amount of late goals we've scored, the desire of the team not to give up. I think that tells you a lot about what you've got in the dressing room."