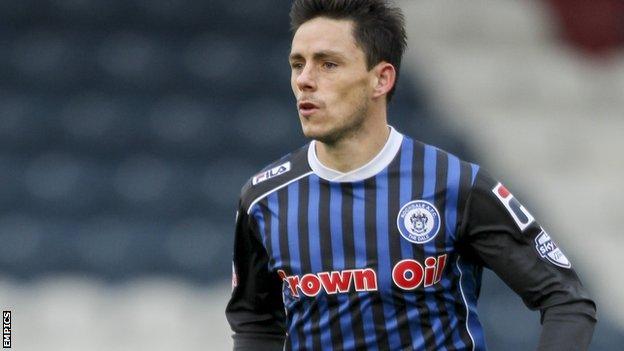 Rochdale moved into the League Two automatic promotion places with a comprehensive win over 10-man Plymouth.

The hosts took an early lead when Ian Henderson and George Donnelly linked up to send Jamie Allen through to slide beyond Pilgrims keeper Luke McCormick.

Andres Gurrieri saw red for the visitors after the break for striking Dale defender Jack O'Connell.

Henderson doubled the lead with a fine half-volley before Michael Rose completed the scoring with a neat lob.

"Jamie Allen deserved his goal because he's been a very consistent performer for us.

"We started well and scored early and five clean sheets from six games is something to be proud of.

"I've not thought about Saturday (FA Cup fourth round tie against Sheffield Wednesday) because we know we'll need to be at full tilt against Chesterfield on Tuesday."