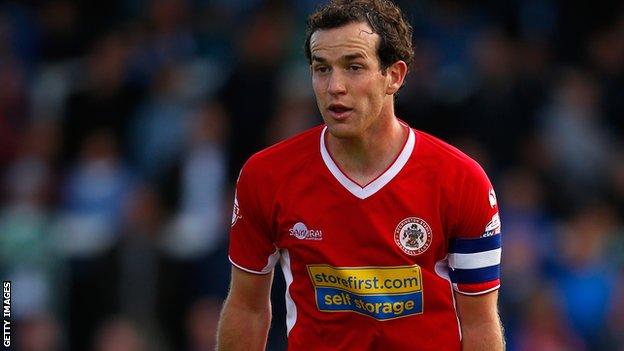 First half goals from George Bowerman and Luke Joyce helped struggling Accrington to their first win in five games with victory at Cheltenham.

Stanley took the lead when Bowerman nodded in Nicky Hunt's cross, after an attempted clearance by Matt Richards.

They doubled their advantage when Bowerman turned provider, with Luke Joyce heading in from close range.

Jamie Cureton got one back for the Robins with a powerful shot, but the visitors held on for a valuable win.

"Just because they had a go in the second half doesn't cut the mustard for me, we should have been right at it from the start.

"I told them it was going to be a tough game and we warned them but we just had a lethargic first half performance. The two goals we conceded were so poor on our part."

"We're disappointed and we have to pick ourselves up quickly now and go again."