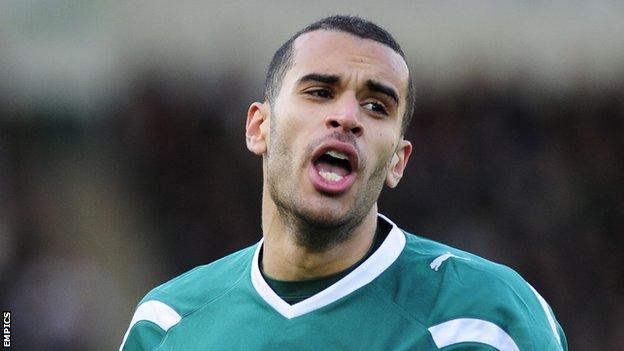 Paul Bignot's first Grimsby goal earned his side a draw in a topsy-turvy clash with fellow play-off-chasers Gateshead.

Mariners defender Clayton McDonald gave the hosts an early lead when he headed in from Scott Neilson's cross-shot.

Soon after the visitors were level through Colin Larkin's penalty, after Aswad Thomas tripped Marcus Maddison.

Maddison then struck when a free-kick fell to him on the edge of the area, but Bignot headed in sub Alex Rodman's deep cross for a deserved equaliser.

Grimsby had the majority of possession and chances at Blundell Park, with Rodman wasting a glorious chance with the score 2-1, scuffing an effort wide after being put through one-on-one by Neilson.

But Gateshead held on to maintain their position in the play-off places, while Grimsby move into the play-offs with games in hand over all but one of those above them.

"It was a tough game against Grimsby, who are a good side, but I thought we were excellent. We showed a lot of heart and desire and stuck together.

"We had to defend a lot late on and then they got the equaliser, but, make no mistake, going to Grimsby and getting a point is a massive result for us.

"Our overall performance today proved we are a team who wants to go and achieve something this season.

"You need to back draws up with wins and hopefully we can do that on Tuesday against Welling, which would push us up the table a little bit more."