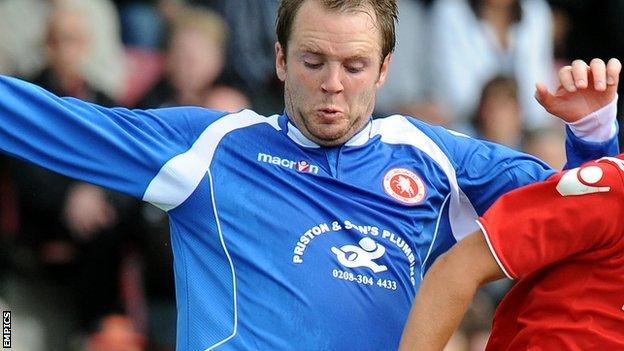 Woking's Keiran Murtagh saw red after being booked twice in the first half to hand the initiative to the Wings.

The home side hit the bar twice before Healy netted his sixth goal of the season, finishing from six yards.

Ross Lafayette saw his penalty saved but Healy followed up the rebound, before skipper Lee Clarke slotted home from 18 yards out for the victory.

"We didn't win enough personal battles as individuals and collectively today and I think we gave the ball away cheaply.

"Things weren't going for us in the first half but then we lost Kieran Murtagh and his discipline let himself and the club down.

"I don't know what happened but maybe there were frustrations as he wasn't getting things his own way. It was the wrong reaction from Kieran.

"It was a needless penalty to concede and it was a cheap one. It has killed us completely in the game. Collectively as a team we haven't done enough."