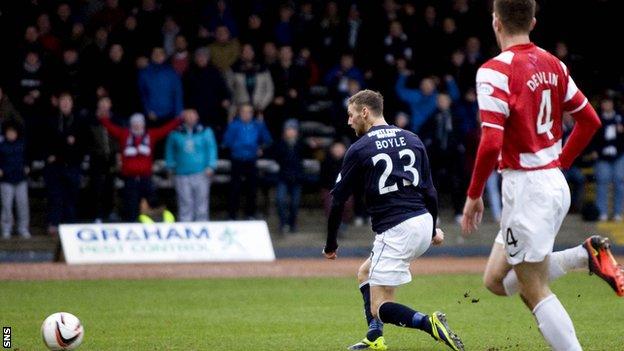 Paul Hartley tasted victory in his first match in charge of Dundee, a result that moved the Dens Park side top of the Scottish Championship.

Hamilton Academical fell behind early on when Willie Dyer set up Martin Boyle to finish from close range.

The visitors were reduced to 10 men when Stephen Hendrie was sent off for serious foul play.

And Accies' hopes were further dented when Ziggy Gordon was dismissed after picking up a second booking.