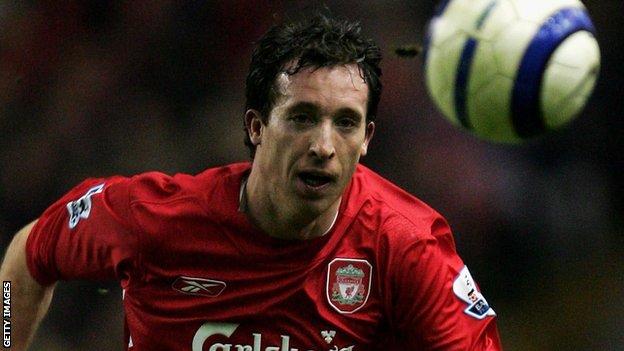 Former Liverpool and England striker Robbie Fowler does not believe it would create a problem if a current player came out as gay.

The 31-year-old told Football Focus it is "difficult to say" if there is a homophobic atmosphere in football.

"Certainly it would not be a problem in the dressing room," Fowler said.

"I don't think it will be a problem on the terraces."

Hitzlsperger is the most prominent footballer to publicly reveal his homosexuality.

Because of his desire not to live the archetypal footballer's life, Le Saux suffered abuse from players and fans during the 1990s, even though the 45-year-old is not gay.

Fowler, 38, has apologised after making an offensive gesture towards his former international team-mate in a game between Liverpool and Chelsea in 1999.

"I am genuinely sorry," said Fowler. "It was used as a wind-up but looking back I shouldn't have done it. Looking back, it is embarrassing."

Fowler was speaking while working as a pundit on Football Focus alongside Robbie Savage, who was named in a 2007 book by Le Saux as having also taunted him.

"His book was his version of events, and I genuinely can't remember the incident," said the former Crewe, Leicester, Birmingham, Blackburn and Derby midfielder.

"But what I will say is that they weren't my views then, more importantly, they are certainly not my views now."