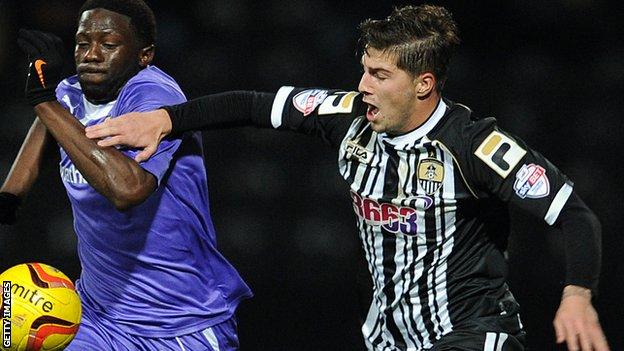 The 21-year-old played 19 games for the club in 2012 and made another eight appearances in November and December.

He has not played for them since a 2-1 League Cup defeat by Leicester City in September and is now set to stay with Notts until March.

The loan agreement does, however, give the Rams the right to recall him after 28 days.