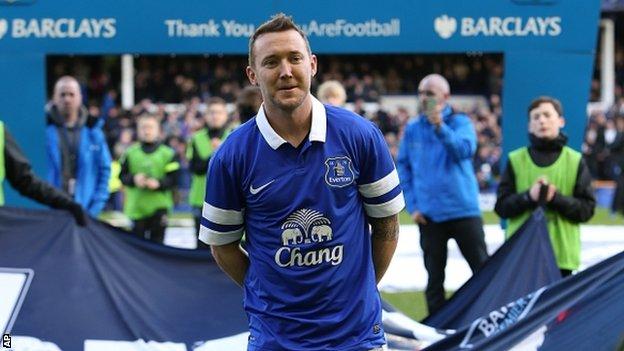 The former Celtic player, 27, has agreed a four-and-a-half-year deal.

He was presented to the crowd at Goodison Park before Saturday's 2-0 Premier League win over Norwich City.

"It seemed as though we were going to get him in the summer, but with Nikica Jelavic set to move to Hull it was important he could join us quicker," said boss Roberto Martinez.

He could have joined Everton for free in the summer when his contract expired but they have paid a transfer fee to make his move immediate.

The transfer returns McGeady to the UK after a successful six years with Celtic, when he was named the club's young player of the year three times.

However he has not played since November after falling out with boss Valery Karpin and was made to train with the reserves for not following Karpin's instructions in training and in matches.