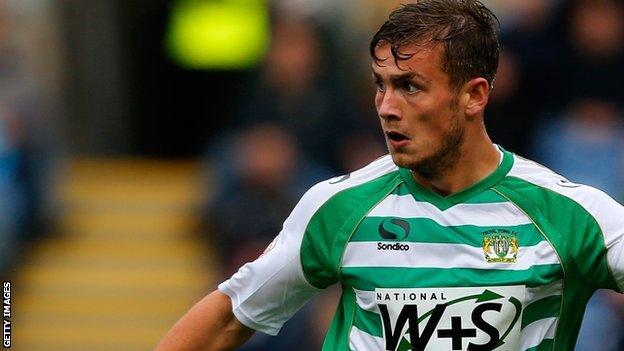 Yeovil Town have extended the loan of Cardiff City midfielder Joe Ralls until the end of the season.

The 20-year-old has scored once in 18 appearances, including 15 starts, since arriving at Huish Park in August.

"He was very amenable. He is going to be one of those managers that you can talk to comfortably and honestly," Johnson told BBC Somerset.

"We got it done quickly when we had the conversation. He is very pleased with what Joe is doing.

"He has had reports on how Joe is doing and he is happy for Joe to gain his experience with us in the Championship.

"We've done a lot of work with him and think he can only get better."

Ralls had returned to his parent club when his initial five-month deal expired earlier this month and missed the Glovers' 4-0 FA Cup win against Leyton Orient.

The Cardiff Academy graduate has played 20 games for the Bluebirds since joining them from Aldershot in 2010, but he has not featured for them since winning promotion to the Premier League.