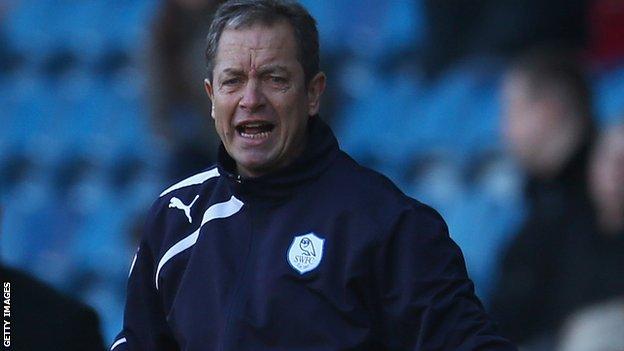 Sheffield Wednesday caretaker Stuart Gray has told BBC Radio Sheffield he expects to be confirmed as the club's manager before Saturday.

Gray has been caretaker boss since the on 1 December.

In his 11 games in temporary charge, he guided the Owls to five victories and moved the side two points clear of the Championship relegation zone.

"It's a fantastic football club and you just have to look at the managers that have been here in the past.

"I look back to the Leeds game and when that didn't get me the job full-time I did think 'well what am I going to need to do?' But it's the chairman's prerogative."

When Jones departed, the club were 23rd and six points adrift of fourth-bottom, having won just once all season.

Since the former Southampton and Northampton boss took charge the club have recorded four victories in nine league matches, as well as keeping four clean sheets.