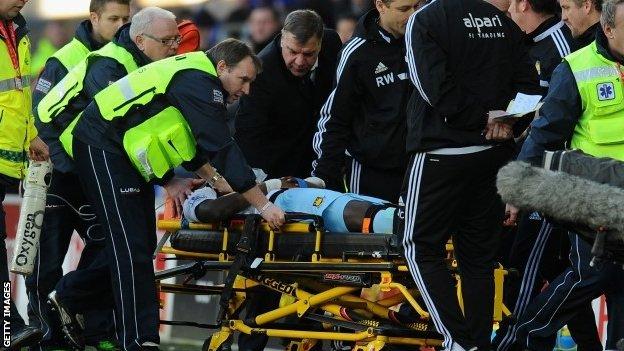 West Ham defender Guy Demel has been released from hospital after suffering a head injury during Saturday's 2-0 win away at Cardiff.

Demel, 32, required oxygen as he left on a stretcher after falling awkwardly following what seemed an innocuous collision with City's Fraizer Campbell.

The Ivory Coast international suffered concussion and was unconscious for several minutes.

Tomkins, who was back in the starting XI having missed the previous three games through injury, received two yellow cards and will be suspended for one match.

Prior to Saturday's 1-0 league win, West Ham had conceded 11 goals in the previous two matches.