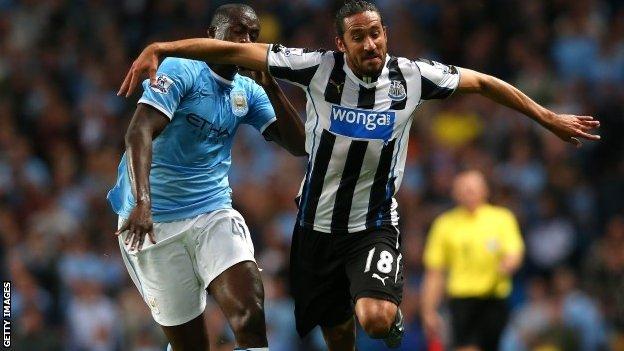 The 30-year-old winger, who joined from Real Mallorca in 2008, has only played twice this season.

"I enjoy my five years at the club, I hope the club finish the highest this season and the best to my team-mates," he tweeted on Saturday.

The former Velez Sarsfield player has made 163 league appearances for the Magpies and scored 10 goals.

He added: "It was an honour and a pleasure to play with the Newcastle shirt and to have the support of the Geordie."

Gutierrez was signed by Kevin Keegan in the summer of 2008 from Real Mallorca and helped the club come back up from the Championship as champions in 2010.