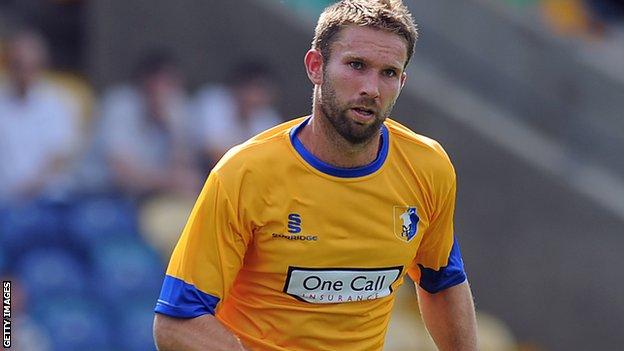 York City have signed defender John McCombe, 24 hours after he

The 28-year-old, who joined the Stags from Port Vale last June, has agreed a contract until the summer of 2016.

"We've worked hard over the last month or so to try and bring John in and we're absolutely thrilled he's signed."