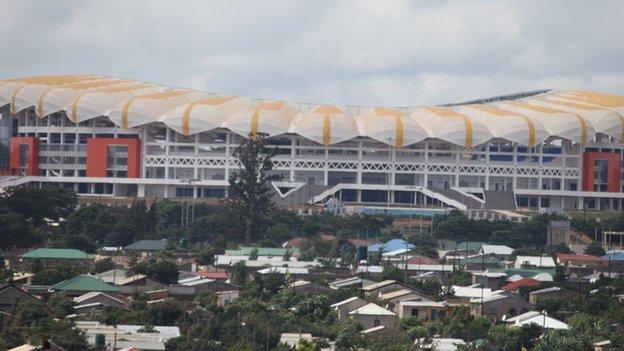 Zambia's credentials to host the 2019 African Cup of Nations have been boosted after completion of the construction of its biggest stadium.

The 60,000-seater Heroes National Stadium, located in the capital Lusaka, was financed by a loan acquired from China.

And Chinese ambassador Zhou Yuxiao has announced the facility can now be handed over to the Zambian government.

"The stadium is ready and we are hoping to hand it over to our Zambian counterparts next month," Yuxiao said.

"It's such a beautiful stadium and we are happy to see it standing."

Zambia are competing against Ivory Coast, Democratic Republic of Congo, Gabon, Guinea and Algeria to host the continent's football showpiece.

The southern Africans already have a brand new arena located on the Copperbelt province while plans are underway to construct a third stadium in the tourist capital Livingstone.

Zambia sports minister Chishimba Kambwili says a committee will soon be put in place to manage the Heroes National Stadium.

He said the country is united to deliver a memorable tournament if the Confederation of African Football positively considers the bid.