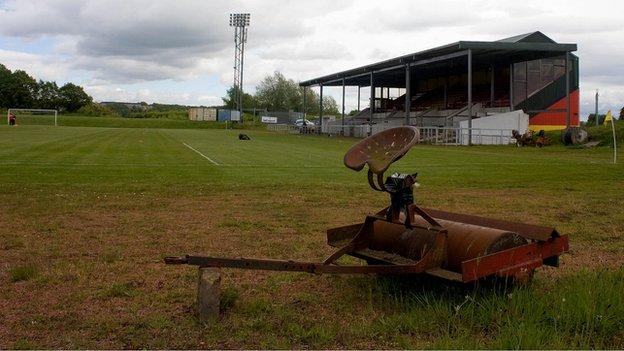 Albion Rovers' "pay what you can" initiative for the win against Montrose boosted normal crowds at Cliftonhill.

A statement on the club's website highlighted the effects of the 718 attendance compared to the last home game against Montrose in August.

"Cafe/shop/add-ons increase of 165%. Once again thank you so much to everyone who attended."

Supporters of the League Two club and visiting fans were asked to fork out what they could afford for a ticket, with a minimum £1 entry.

Rovers, who knocked Motherwell out of the Scottish Cup at Hamilton's New Douglas Park, sit fifth in the league and their biggest gate this season at Cliftonhill before Saturday was 538 - against Queen's Park on 28 December.

Chairman John Devlin had previously told BBC Scotland: "Since I took over in September I've been looking at ways in which we can re-engage with the local community.

"I think a lot of potential football fans are put off by high pricing."

Devlin was inspired by a similar experiment at Brentford in December.

"We've looked at the type of support we would normally get at this time of year - coming after the Christmas and New Year holidays, when finances are tight," he added.

"We thought it was an ideal opportunity for such an initiative and basically see how it goes, to see if we can generate more interest."