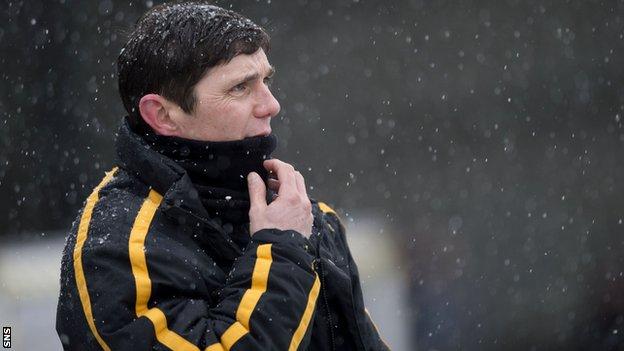 The defeat leaves the Shielfield Park side eighth in League Two, eight points off the play-off places.

Little, 40, a former Berwick Rangers, Alloa and Livingston player, took over when Jimmy Crease left the club in October 2011.

Chairman Brian Porteous told the club website: "The board felt that they needed to act given that we are third bottom in Division Two and getting further adrift from a play off position.

"We have not been able to get any consistency and feel that we should at least be in the top four and simply need to move forward quickly before it is too late.

"We will be making a further announcement very soon."