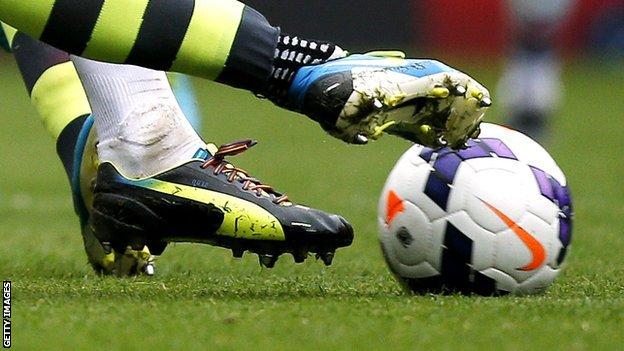 A Chinese man was questioned at a League One match between Coventry and Crawley by investigators probing an alleged overseas betting fraud.

Sussex Police said the man was not arrested but was spoken to by the Football Association fraud unit.

A police spokesman said: "He was not arrested and was not linked to any club.

"This is part of an ongoing investigation by the FA into betting syndicate fraud."

The match at Sixfields Stadium in Northampton on Sunday ended 2-2.

"Northampton and Sussex Police officers were there to support the FA fraud team in dealing with the man and obtaining his information," added the police spokesman.