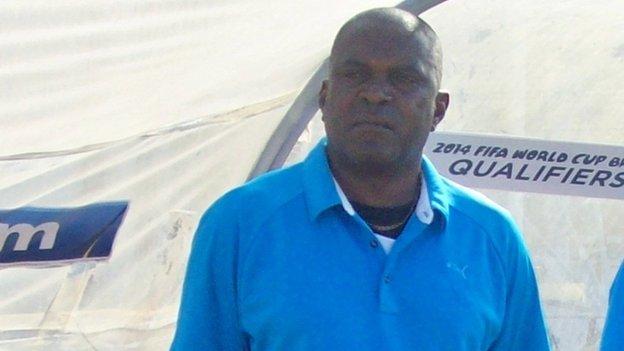 Malawi's Football Association (FAM) is hoping to install Young Chimodzi as head coach of the national team and Jack Chamangwana as his assistant coach.

The pair were fired from the Flames' technical panel, along with coach Kinnah Phiri, in January 2013 but FAM decided after a meeting on Saturday to bring them back into the fold.

However, Chimodzi (pictured) expressed surprise at the news and insisted he could not commit himself to the job because has to consider several factors including the way FAM handled his firing.

"Under normal circumstances you do not fire entire coaching panel like what happened last year so I have to think over the matter. By the way, I have not been informed of the appointment", said Chimodzi.

And Chamangwana said he was also unaware of his appointment and could not comment.

Chimodzi, Chamangwana and Phiri challenged their sackings last year and were redeployed by the government as regional sports officers as it would have been too costly to terminate their contracts, which run until June this year.

The government has since been reluctant to make funds available for FAM to hire a new technical panel.

As such, FAM appointed Edington N'gonamo as head coach on a temporary basis in March 2013 and replaced him four months later with Belgian Tom Saintfiet, who worked on a voluntary basis and left in September after failing to lead the country to the World Cup.

Cash-strapped Malawi have been without a coach since then.

FAM secretary general Suzgo Nyirenda said: "I can say that we have shortlisted the candidates for the Flames job but government has the final say because they are the employers.

"We will be meeting with the government soon to discuss our proposal but we have the confidence this is a cost-effective move which they will agree to."