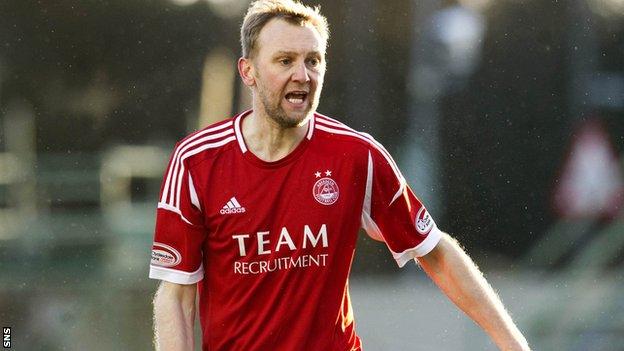 Dundee have signed former Rangers, Motherwell and Aberdeen midfielder Stephen Hughes until the end of the season.

Hughes, most recently with League One outfit East Fife, is in line to make his debut against Hamilton at Dens Park on Saturday.

Hughes, who left Pittodrie in the summer, began his career at Ibrox and also starred for Leicester City, Norwich and MK Dons.

"We are looking to add more quality players like Stephen and Adam to the squad, hopefully before the weekend," added Gardiner.

John Brown's Dundee side are currently a point clear at the top of the Scottish Championship.