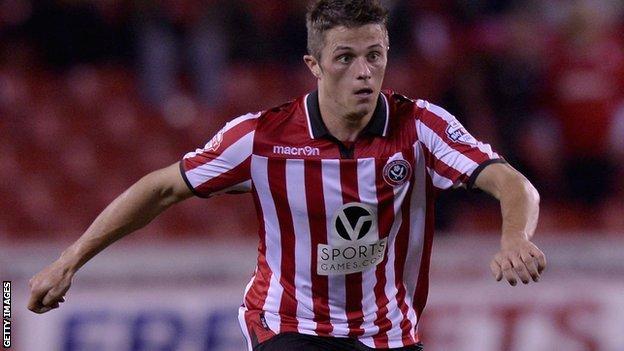 Port Vale have signed Sheffield United midfielder Florent Cuvelier on loan until the end of the season.

The 21-year-old former Walsall loanee joined the Blades for an undisclosed fee from Stoke City on 2 September, but has only featured twice since Nigel Clough took charge the following month.

"He came on the radar at Walsall," Vale boss Micky Adams told BBC Radio Stoke. "He had a real impact on them.

"He's up for the challenge. He's not had much first team football lately."

The former Belgian youth international could make his debut in Saturday's League One match against Oldham.

And he will be available for Vale's FA Cup fourth round tie against Brighton on Saturday week.

"We'd like to add a couple more players to supplement the squad," added Adams.

"They're likely to be loan players from Premier League sides with little experience, but they'll be cheap."