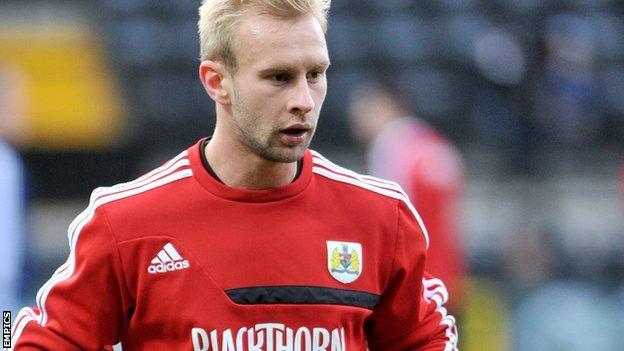 Nottingham Forest's Simon Gillett has agreed to extend his loan deal at League One side Bristol City until the end of the season.

The 28-year-old midfielder's initial stay was due to expire on 28 January.

Gillett, who made two appearances for Forest in the League Cup before moving to Ashton Gate in October, has started eight of his nine games for the Robins.

"He's a really good professional and you can't have enough of them," manager Steve Cotterill told BBC Radio Bristol.

"He is a good lad, an intelligent boy, infectious, wants to play, wants to train, wants to ask questions."