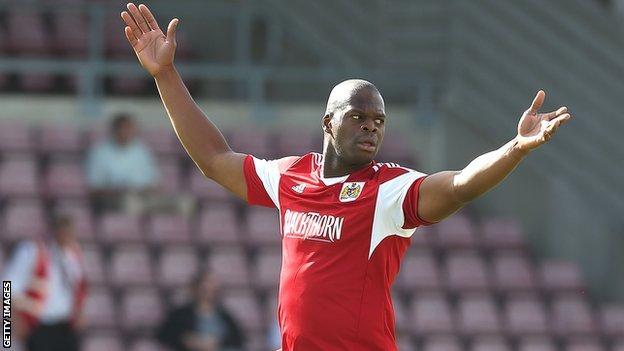 The 34-year-old from Barnsley last summer, but only started two matches, with his other 15 appearances as a substitute.

Mansfield Town manager in signing Harewood, who has scored 137 goals in 526 career appearances.

But he has instead opted for a move to League Two rivals Hartlepool.

The club have not disclosed the length of his contract.