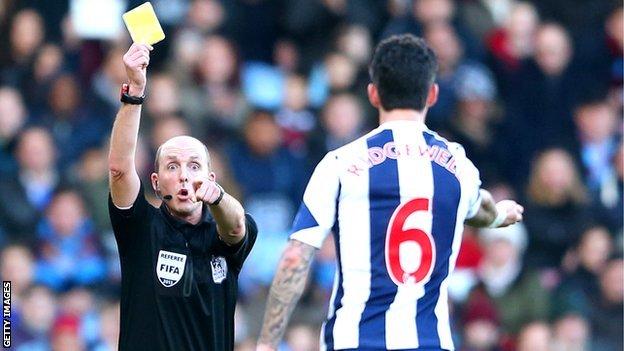 Introducing sin-bins as a punishment for players will be considered by a new group advising Fifa on law changes.

The sin-bin system is being trialled in the Dutch amateur leagues and last month Uefa chief Michel Platini called for time penalties to replace cautions.

"I would make it like rugby, punishing the offender with 10 or 15 minutes out of the game," Platini said.

"Sin-bins have been mooted in the past - one would expect that it will be one of topics the new advisory panels take up."

The two new panels, one of ex-players and coaches and the other officials and experts, will first meet in March.

They will report to the International Football Association Board (IFAB) - the body made up of Fifa and the four British home associations - which makes the final decision on law changes.

The so-called 'triple punishment', when a player is sent off after conceding a penalty and is then suspended, as well as revisiting the offside laws, could also be on the agenda.

Jonathan Ford, the Welsh FA chief executive who sits on IFAB, said: "Sin-bins have been mooted in the past - one would expect that it will be one of topics the new advisory panels take up."

Traditionally, IFAB have been regarded as unwilling to radically amend the laws of football, and Ford indicated he expected that approach to continue.