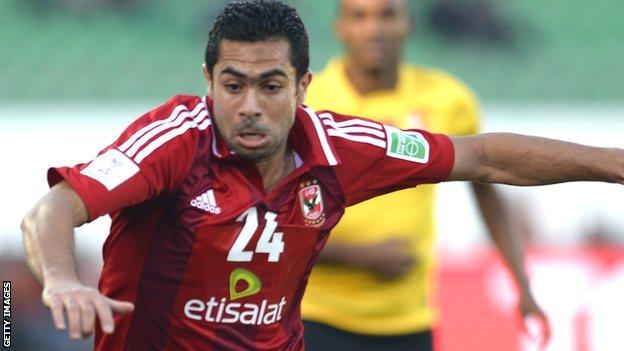 Nottingham Forest have made an offer to sign Egypt international Ahmed Fathi from Al Ahly.

The 29-year-old, who can play in defence or midfield, was runner-up in the African-based player of year awards last week and also named in the African team of the year.

Fathi has played in England on two previous occasions.

He had a stint with Sheffield United in 2007 and a four-month loan spell with Hull City last season.

Fathi only made three appearances for the Blades before returning to play for Al Ahly in his homeland.

He played seven games for Hull in the second half of last term, but all but one of those was as a substitute.