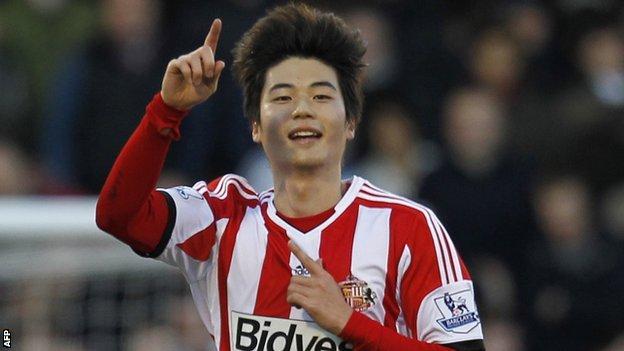 Swansea City will not be able to recall Ki Sung-Yeung from his season-long loan at Sunderland.

It is understood the cut-off date for a recall as part of the loan deal passed last week without Swansea activating the clause.

There is a suggestion a recall could happen if both clubs agree but that is extremely unlikely.

Swansea manager Michael Laudrup had already said he would not activate a recall.

Sunderland boss Gus Poyet has intimated he might try to make the South Korean midfielder's stay permanent this summer.

The South Korea international joined Swansea in August 2012 from Celtic in a £6m deal that broke the Swans' transfer record.

But the midfielder joined the Black Cats on a season-long loan deal in August 2013.

Swansea midfielder Jose Canas is to have a scan on a suspected ankle ligament injury with the results expected on Wednesday.

The 26-year-old Spaniard suffered the injury during the first-half of Swansea's 2-0 defeat at Manchester United last Saturday.

But goalkepeer Michel Vorm could be back to face Tottenham on Sunday as he recovers from knee operation.