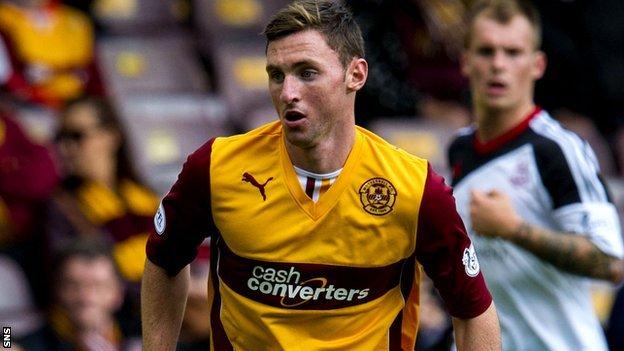 Motherwell's Bob McHugh has joined Championship side Queen of the South on loan until the end of the season.

The 22-year-old striker has scored twice in 12 appearances for the Fir Park side during this campaign.

McHugh, who represented Scotland at under 17 and under 19 levels, made his Motherwell first team debut for at the age of 16.

The Doonhamers have also extended goalkeeper Zander Clark's loan from St Johnstone until the season's end.

Queen of the South are currently eighth in the Championship and play Raith Rovers at Palmerston on Saturday.