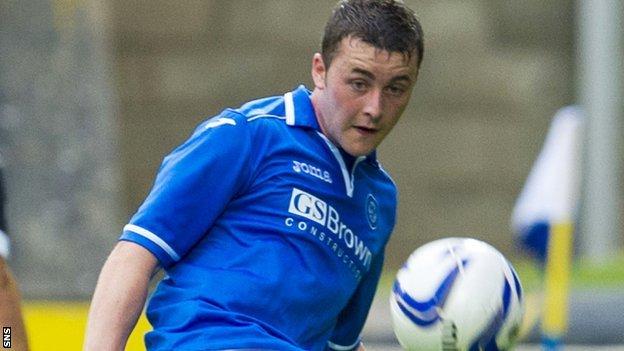 St Johnstone defenders Tam Scobbie and Brian Easton have signed new deals which run until the summer of 2015.

Both players have featured regularly for the Perth side this season, who sit sixth in the Scottish Premiership.

Saints manager Tommy Wright told the club's website: "It's great to have them tied up on extended deals.

"Both have been very influential for us and coming on the heels of Gary McDonald and Scott Brown renewing their contracts recently, it is good news."

Wright also confirmed that the club will be working hard to tie up other players to new deals in the coming weeks.

Scobbie, 25, came though the youth system at Falkirk before signing a two-year contract with St Johnstone in 2012.

Easton, also 25, signed for the McDiarmid Park club in the summer after previously playing with Hamilton Accies, Burnley and Dundee.