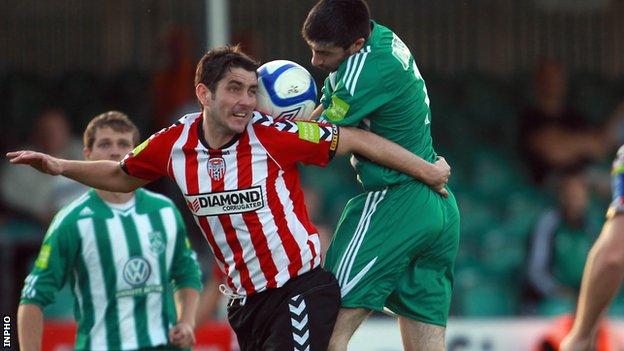 The 29-year-old left the Brandywell last month after failing to secure a new contract.

The former Bohemians player, who had two spells with Derry starting in 2004, was also linked with a move to Irish League side Glentoran.

Higgins will link up again with former Candystripes manager Stephen Kenny, who is now in charge at Oriel Park.