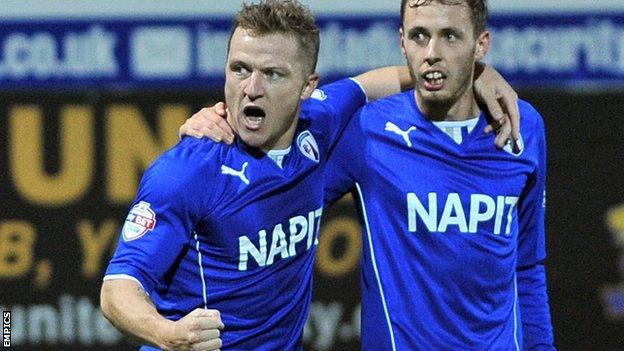 Scunthorpe United have signed experienced forward Gary McSheffrey on a deal until the end of the season after impressing on trial.

The 31-year-old was a free agent after his short-term deal with Chesterfield came to an end.

The former Coventry and Birmingham City man scored twice in 12 appearances for the Spireites.

He could make his debut for the League Two leaders in Saturday's match against AFC Wimbledon.