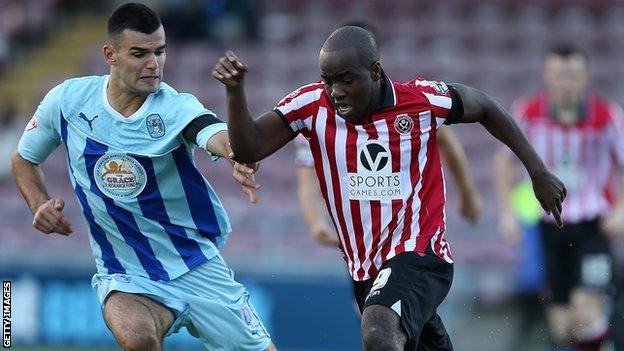 Walsall have re-signed winger Febian Brandy on loan until the end of the season from Sheffield United.

The 24-year-old joined the Blades from the Saddlers in the summer but he has struggled at Bramall Lane with two red cards in his 15 appearances.

Brandy scored seven goals in 37 appearances for Dean Smith's side in his previous spell with the club.

He is likely to go straight into the squad for Tuesday night's match against Oldham Athletic.