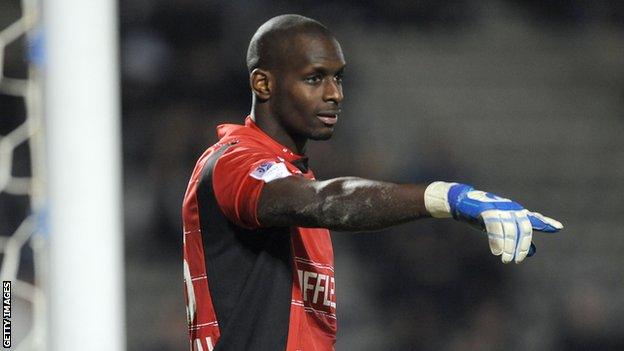 Charlton Athletic have signed Standard Liege goalkeeper Yohann Thuram-Ulien on loan until the end of the season.

The 25-year-old, who came through the academy at AS Monaco, is the cousin of former Juventus, Barcelona and France defender Lilian Thuram.

The former France Under-21 international moved to Belgium last summer from French side Troyes AC.

Thuram-Ulien is the second player to join from Liege following Roland Duchatelet's takeover of the Addicks.

Former Sweden Under-21 international Astrit Ajdarevic moved to The Valley on a six-month loan deal earlier this month.

Thuram-Ulien is not eligible to play in Tuesday's FA Cup tie against Oxford United.