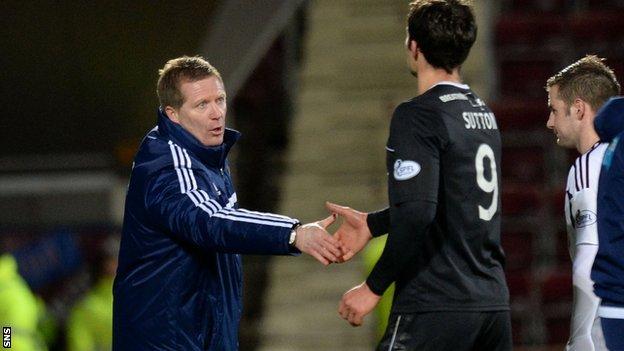 Hearts' hopes of replacing five players who have left the club in recent months have been scuppered.

The SPFL's secretary Iain Blair has told the club's administrator Bryan Jackson that because those players were made redundant, they do not qualify for the SPFL's 'one in, one out' rule.

Their only hope of bringing in new players would be if further players go.

Hearts have been in discussions with Swansea about a possible transfer of Adam King, something Hearts could look to accelerate given today's news.

Experienced midfielder Ryan Stevenson is free to leave the club this month, having agreed to a 50% cut in wages at the start of the season.

The 29-year-old is currently mulling over an offer from Romanian side FC Cluj.