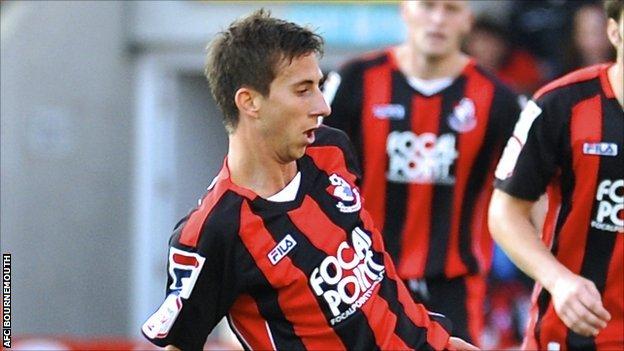 Portsmouth have completed the signing Bournemouth midfielder Wes Fogden on a free transfer.

Fogden, 25, arrives on an 18-month deal with the option of a further year and is excited by his new opportunity at Fratton Park.

"Everyone knows what a big club this is and the fans are a huge attraction," Fogden, who began his career at Brighton, told the club website.

"This is a brilliant opportunity for me."

Meanwhile, Portsmouth manager Richie Barker his given the strongest hint yet that midfielder Jed Wallace is likely to leave the club in the summer.

"I don't think I ever said I was that confident in the first place of that happening [signing a new contract]," Barker told BBC Radio Solent.

"There have been a lot of negotiations that occurred before I came and my opinion is no different to most other people - he is a big part of our squad.

"We will convince him to stay? If we do, I don't know for how long."

Barker did however say it would take a very substantial offer to prise Wallace away from Pompey during the current January transfer window.