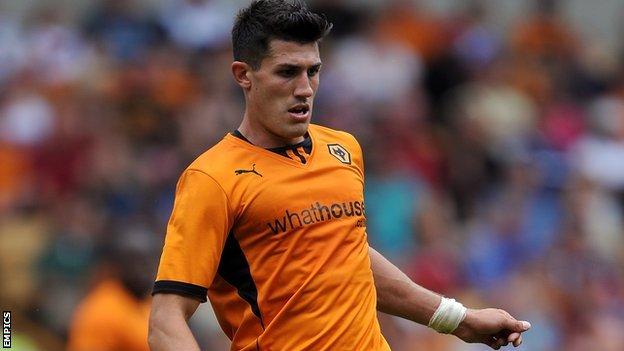 Wolves central defender Danny Batth has signed a new three-and-a-half-year contract, committing him to the club until the summer of 2017.

The 23-year-old has been on the club's books since the age of 10 and is their only League One ever-present this term.

Batth was offered new terms last summer, having made his first-team breakthrough in 2012-13.

"There have been some lengthy negotiations throughout this process," said Wolves chief executive Jez Moxey.

"But Danny's performances have remained consistently high. It is no surprise that he is very popular among the club's supporters.

"Having come through the Academy, he is a player and character who shows the highest level of focus and professionalism both on and off the pitch."

Brierley Hill-born Batth made his Football League debut on loan at Colchester United in 2009.

He later had three other loan spells away from Wolves - one at Sheffield United and two at Sheffield Wednesday.

The second of his stays at Hillsborough saw him earn promotion from League One under the management of Dave Jones.