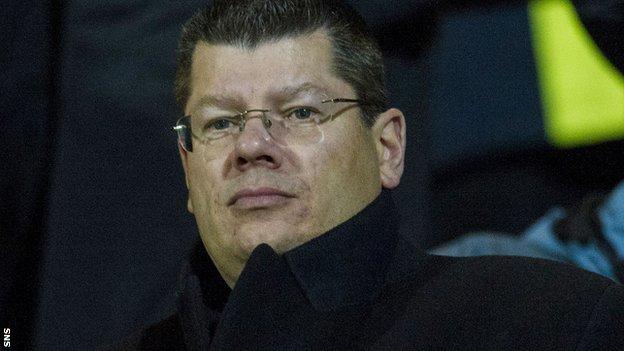 The Scottish Professional Football League has relaxed restrictions on the number of players one club can loan another.

At its meeting on Monday the SPFL board decided clubs can now lend up to two players to teams in another division.

Loans to teams in the same division are still restricted to one player.

SPFL chief executive Neil Doncaster said: "Member clubs had asked us to look at this rule which we acted on immediately."

Last week, Motherwell manager Stuart McCall was critical of the "crazy" and little-known rule which prevented his club sending two players to Dundee.

Adam Cummins left 'Well to join the Championship leaders for the rest of the season, while striker Bob McHugh has since completed a switch to Queen of the South.

Doncaster added: "By making this rule adjustment while the transfer window is open it allows our clubs to consider all options open to them and plan accordingly."