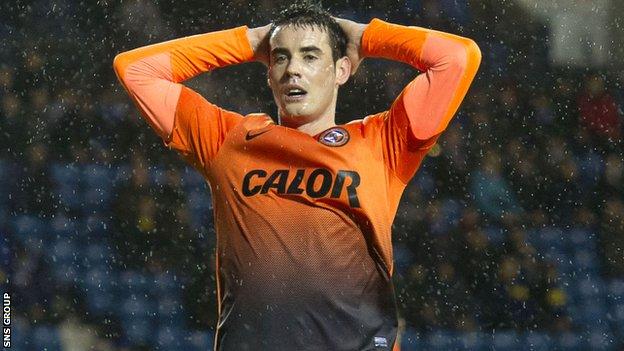 Dundee United striker Brian Graham will be out for a minimum of three weeks after damaging ankle ligaments on Sunday against Inverness CT.

The 26-year-old has scored four goals since signing a two-year contract at Tannadice in the summer.

He scored 27 goals in 41 games for Raith Rovers last season.

It leaves United short of forwards, with David Goodwillie's loan at an end and Nadir Ciftci recovering from a hamstring injury.

Former Falkirk striker Farid El Alagui arrived on loan from Brentford last week and replaced Graham during the 1-1 draw at the Caldedonian Stadium.