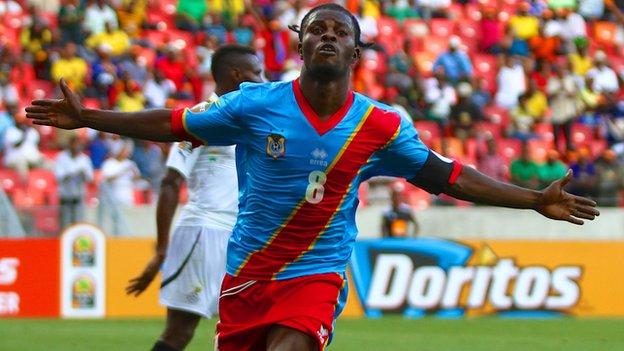 TP Mazembe have reached an agreement with Angolan club Kabuscorp for the transfer of the DR Congo captain Tresor Mputu Mabi.

Speculation about the move has been rife in the media in recent few weeks but Mazembe only confirmed the deal on Tuesday.

Mputu Mabi helped the DR Congo club to win the 2009 African Champions League, scoring a goal as they beat Nigeria's Heartland on the away goals rule.

The same year he was voted Player of the Tournament as DR Congo won the inaugural African Nations Championship in Ivory Coast.

Mputu Mabi's feats in 2009 lead to him being voted the Confederation of African Football's African-based Player of the Year.

However, he missed the 2010 triumph as he served a one-year ban from football for attacking a referee at the regional Cecafa Club Cup.

The suspension also put paid to his hopes of securing a move to a European side.

Kabuscorp have a reputation for signing big-name players.

They also had Brazilian World Cup winner Rivaldo on their books for the 2012 season.