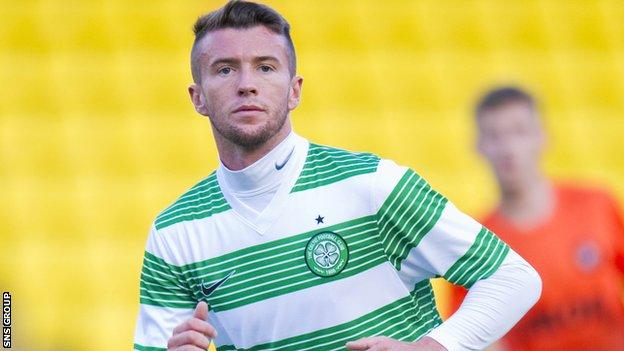 Celtic midfielder Paul George has joined Hamilton Academical on loan for the rest of the season.

George, who turns 20 later this month, appeared as a late substitute in a League Cup win at Ross County in September 2011.

But his progress was hindered when he suffered a broken leg in 2012.

The Killough-born player was capped by Northern Ireland at U16 and U17 levels before switching his allegiance to the Republic of Ireland.