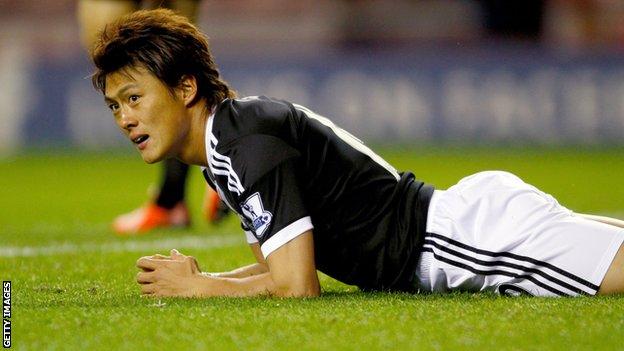 Striker Tadanari Lee has been released from his contract at Southampton after two years at the club.

The 28-year-old joined the Saints from Sanfrecce Hiroshima in January 2012 but struggled to gain regular first-team football at St Mary's.

Lee helped Southampton win promotion to the Premier League but went to former club FC Tokyo on loan in February 2013.

The Japan international's only first-team action this season came in two Capital One Cup games.