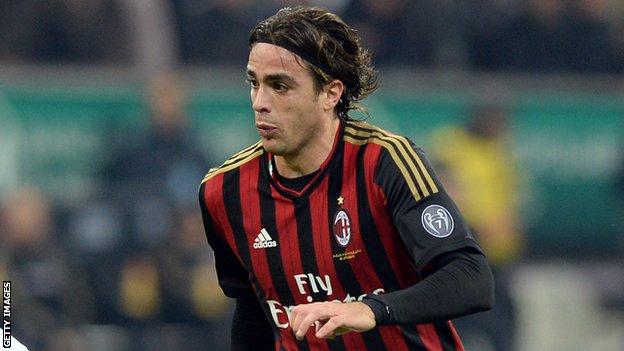 The former Juventus striker, 29, has played 18 times for Milan this season, scoring once.

The Viola have been forced to act following injuries to forwards Giuseppe Rossi and Mario Gomez.

Rossi, who is the Serie A leading scorer with 14 goals, suffered a knee injury just over a week ago, and could be set for a lengthy spell out.